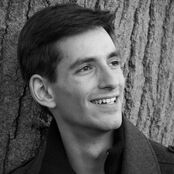 Brian Pilchik | ​Head Coach
Brian is a trial attorney at the Public Defender Division of the Committee for Public Counsel Services (CPCS). He has previously worked as a law clerk at the Massachusetts Supreme Judicial Court and a Legal Fellow at the CPCS Innocence Program. He graduated Harvard Law School in 2017, where he competed and coached with the Harvard Law School Mock Trial Association and worked as a Teaching Assistant at Harvard Law School's Trial Advocacy Workshop. Brian is an alumnus of Tufts University, where he competed and served as President of his mock trial association.
Brian founded MIT Mock Trial in 2015 with co-coach Nick Teleky (Tufts '15) and students Nahom Marie (MIT '18) and Stephen Tang (MIT '17).

Kemma Kahn | Coach
Kemma started her mock trial career in High School where she competed with HSAS mock trial culminating in a 3rd place finish in the city in her senior year. She went on to compete with Tufts mock trial all four years as both witness and attorney and served as both Captain and President for the organization. In her senior year she lead the Tufts A team to a 10th place finish at the National tournament. After graduating she began to coach MITMT in the fall of 2019, and has remained a coach since.
Outside of MITMT Kemma enjoys embroidery, making bread, rewatching the office, and creating content for her cafegram @cafe_amerikahno.

Zach Bogorad | Coach
Zach is a physics graduate student at Stanford University. He was one of the founding members of MIT Mock Trial and competed with the team for four years. Zach was primarily an attorney, although he competed as a witness on a few occasions. He was also a member of the program's executive board for three years. He continued to help MIT Mock Trial occasionally after graduating, and came on as a full coach in 2020.

Grayce Angle | Coach
​Grayce competed for four years as an attorney on the William & Mary Mock Trial team and helped take the school to Nationals for the first time in 2018. She was an A-team captain and an All-National Attorney.

​On the executive board, she directed the 2018 Colonial Classic tournament, co-organized an AMTA Regional tournament, and consulted for the 2019 Colonial Classic as an alumni. Newly a Boston resident, she currently works in economic litigation consulting as an Analyst at Cornerstone Research.
​

Robert Farmer | Coach
Robert is a 3L at Harvard Law School. Robert currently works as a clinical student at the Harvard Legal Services Center in Jamaica Plain serving his fellow veterans in the Greater Boston area. He competed as a Mock Trial attorney all three of his years at Pennsylvania State University and served as an A-team captain and Vice President of the organization. In his spare time, Robert enjoys puzzles, solitaire, football and archery.
​

Kayleigh Milano | Coach
​​Kayleigh started their Mock Trial journey as a high school freshman in Phoenix, Arizona. After competing all four years of high school, they joined the Tufts Mock Trial team. At Tufts, Kayleigh had the privilege of competing twice at the national championship and serving as Co-President of the program their junior year. They have proudly competed in an equal number of Mock Trial rounds as attorney and witness. Kayleigh is excited to be joining the MITMT community as a coach for the first time in the fall of 2021.